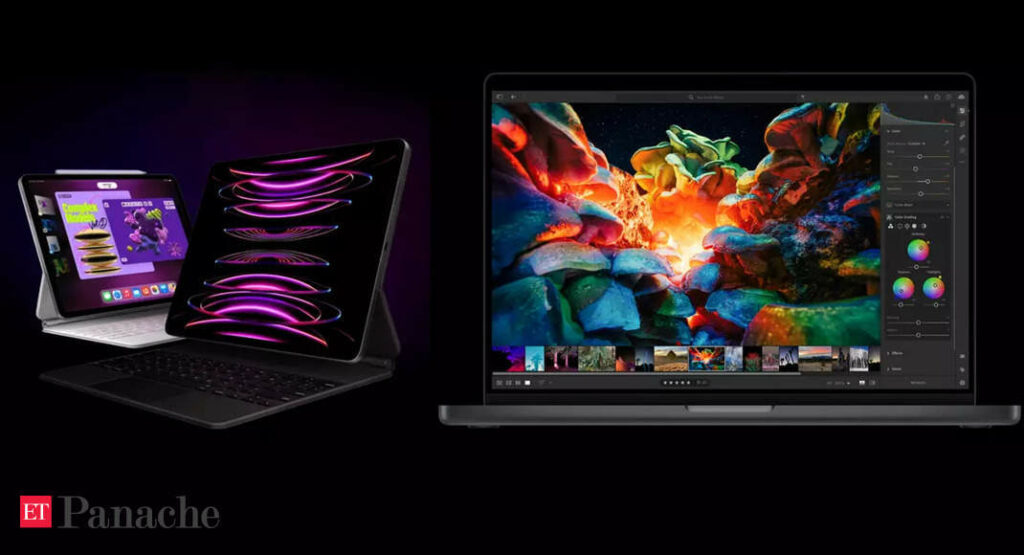 Premium smartphone manufacturer Apple has reportedly ordered four different sizes of OLED panels for their upcoming iPad Pro and MacBook Pro devices. According to sources, the iPhone-maker has ordered 10.86-inch and 12.9-inch panels for the iPad Pro, and 14-inch and 16-inch for the MacBook Pro. Additionally, Apple has also ordered a 20.25-inch OLED screen, which is described as ‘foldable’.

At present, the MacBook Pro uses a Mini-LED display, which offers higher all-screen brightness than OLED panels, but suffers from blooming in dark screens.

Last month, it was understood that Samsung was working on two-stack tandem OLED panels for certain iPad models, to be launched in 2024. This hybrid technology is likely to offer higher brightness and longer life than the existing OLED panels used in smartphones, tablets, smartwatches, TVs and laptops.

The device offers a Liquid Retina XDR display, an extensive array of connectivity, a 1080p FaceTime HD camera, a six-speaker sound system, studio-quality mics, and a battery life of up to 22 hours – the longest battery life ever in a Mac. It also supports Wi-Fi 6E, which is up to twice as fast as the previous generation, as well as advanced HDMI, which supports 8K displays for the first time.

With up to 96GB of unified memory in the M2 Max model, creators can work on scenes so large that PC laptops can’t even run them.

(With inputs from IANS)

Get Your MacBook Pro & Mac Mini: Sale Starts From January 24

MacBook Pro is available in two models – 14.2-inch and 16.2-inch. Both models come with features like Liquid Retina XDR and ProMotion. Liquid Retina XDR makes the display vibrant and detailed. With ProMotion, scrolling is a delight with refresh rates up to 120Hz.

The MacBook Pro are powered by Apple’s in-house M2 Pro and M2 Max chip for a pro laptop experience. Applications and software are faster and smoother in comparison to the Intel-based MacBook Pro.