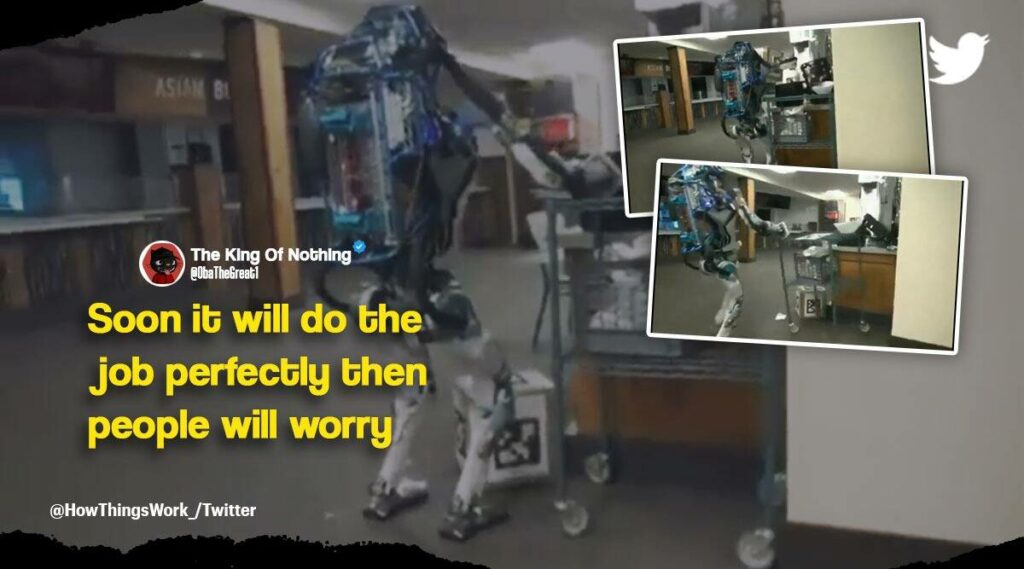 We are often amazed by the advancement of artificial intelligence and the things robots are capable of doing. It has caused some to skeptically wonder if robots could take over all jobs one day. We have seen robots succeed in many tasks, but there have been many instances of failure too. A Twitter page called How Things Work recently posted a video of a robot failing to complete a simple task.

The video shows the robot attempting to place a box, but instead it knocks off other items on the table, topples a trolley, and then crashes down itself. The caption reads, “We often show positive AI developments, but it’s important to balance this by showing when it doesn’t go as planned. Unless they’ve been testing alcohol / narcotics on this one… Then we worry!”

The video was originally posted by @nixcraft on December 26th and has been viewed more than 2.4 million times. People had a variety of reactions to the video. Some commented, “Every failure is a future success in engineering. The AI itself is ace, this is a hardware issue,” and “That’s me organizing my garage.” Another person wrote sarcastically, “He’s just trying to convince you he’s no danger. Bad acting!” while another said, “Soon it will do the job perfectly then people will worry.”