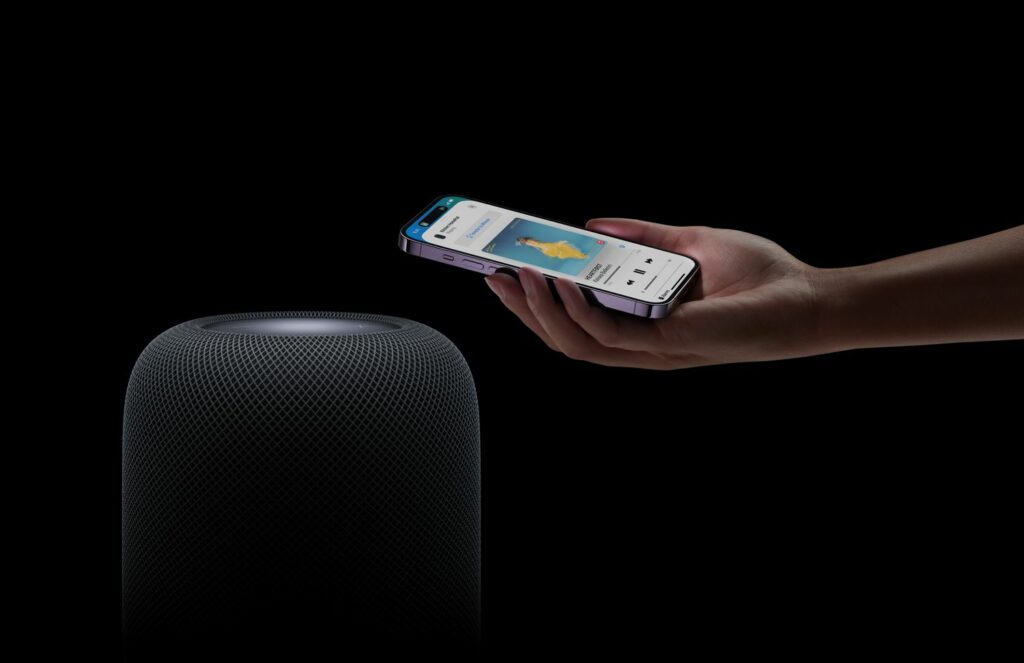 The new HomePod is here and it sounds as good as the original, but it costs only $50 less. Privacy and sound quality may be more important than ever, so Apple is hoping their reboot will be a success.

Apple’s original HomePod was a hit with its incredible sound and innovative features, but it was too expensive to be a viable option for most people. It was so unpopular that Apple was still trying to sell units manufactured years earlier when they discontinued it.

So, what has changed? Not much, but it might not matter. Tech blogger Nick Heer wrote on his PixelEnvy blog, “This strikes me as a risky launch. I am sure it sounds great and works as expected, flaky Siri and all, but it is $300. That is just $50 less than the original model sold for before it was discontinued.”

The new HomePod does have some improvements, such as temperature and humidity sensors for home automation use, and a Thread radio to support the new Matter home automation protocol. It also has sound recognition, which can send an alert to your iPhone if it hears a smoke alarm.

However, the audio hardware has been downgraded. The original HomePod had seven tweeters, while the new one has only five. It also has four microphones, two fewer than the original.

Despite this, early reviews say the HomePod 2 sounds as good as the original. But the price is still too high for many people’s budgets, especially when the original was available for much less than the full price from resellers for much of its life.

The world of home audio and home automation has changed since the original HomePod was released. Home automation is becoming more mainstream, and privacy is more important than ever. Apple’s HomeKit has a major advantage over other home automation systems in that it keeps your data secure.

For just a couple hundred bucks more, the HomePod suddenly looks pretty compelling. If only it had a 3.5mm jack to hook it up to older, non-AirPlay audio sources, and if it was available in colors other than black and white.