Istanbul to Explore Surreal Worlds with Opening of ‘Virtual Landscapes’ 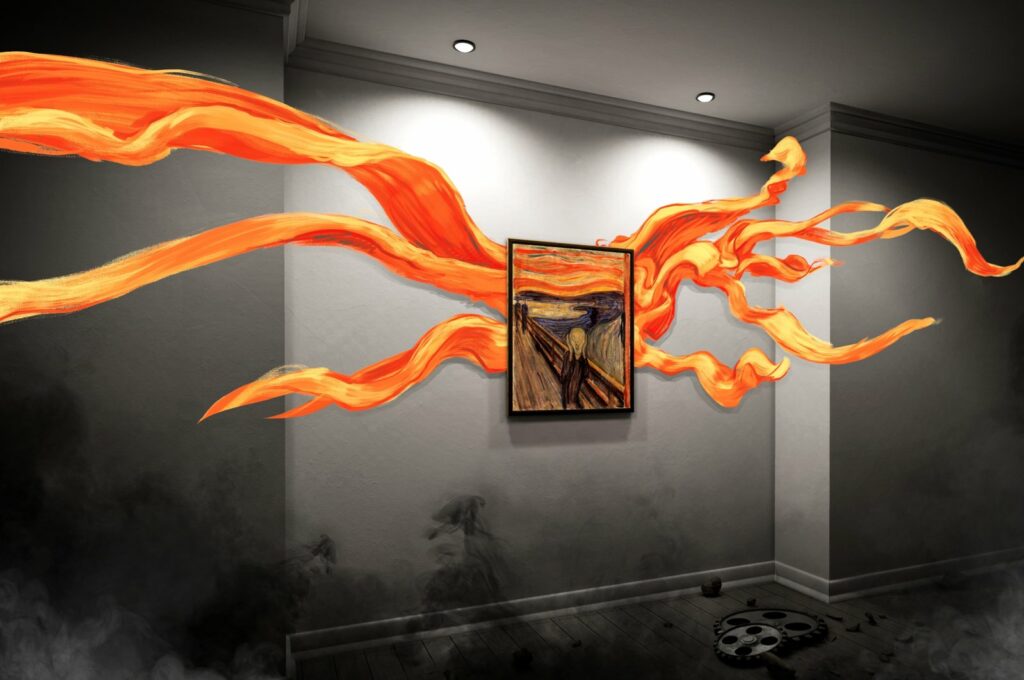 Virtual reality (VR) tech has long been a staple of the art world, allowing users to explore Mount Everest, visit a museum in New York, or dive through a coral reef from the comfort of their homes.

In this vein, the “Virtual Landscapes” exhibition by VR Future is set to bring virtual reality films to Istanbul, as they will be shown simultaneously around the world at Kadıköy’s Müze Gazhane, a spectacular complex for the arts and science, centered on a renovated historical gasworks building.

The second edition of the exhibition, with the title of “Virtual Landspaces,” will be hosted in seven countries, including Türkiye, Italy, Spain, France, Germany, Japan and South Korea. Award-winning films from this year’s VR sections of prestigious film festivals such as Venice, Cannes, Tribeca, and Sundance will be featured in the exhibition.

The nine VR movies featured in the program will be screened in their original language (mostly English), while some will be presented with subtitles.

One of the movies, “2nd Step” takes viewers on a VR journey through space from the moon to Mars and beyond. Norwegian artist Edvard Munch’s iconic composition of “The Scream” has been recreated for the VR environment in “The Scream VR,” which offers an interactive and sensory experience. “HanaHana Multi-Bloom” immerses viewers in a surreal universe, while “Biolum” offers a journey into the ocean’s depths to discover a fascinating world inhabited by bioluminescent animals.

Lastly, “In the Land of the Flabby Schnook” takes the viewer on a journey through a magical place seen through the eyes of the heroes.

The exhibition is hosted by VR Future, the platform established by Fahad Rehman and Virgile Mangiavillano in Türkiye to meet art goers free of charge. It is sure to be an exciting experience for all those who attend.