The Highly-Anticipated Sea-Faring Frostpunk Adventure, The Pale Beyond, is Releasing in February 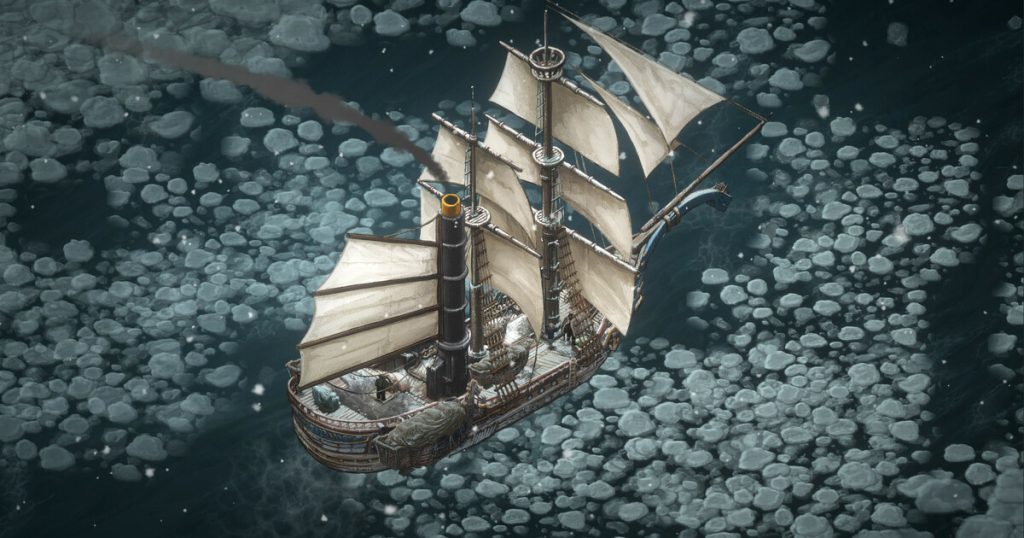 I was absolutely thrilled to see The Pale Beyond on our list of most anticipated games recently, and now we know when it’s coming out – February 24th! Publisher Fellow Traveller has set the date for this Arctic naval expedition gone wrong, so get ready to bundle up and grab a hot drink. This story-driven survival game is sure to give you chills.

You play a first mate who’s volunteered for a rescue mission to find a missing ship and its lost crew. Initially, the captain seems okay, but when the ship gets stuck in the ice and the captain suddenly goes missing, it’s your job to take control and try to keep everyone calm and safe. Think Frostpunk meets The Terror with a dash of Netflix’s 1899, and you get the idea.

I had a great time playing the substantial Steam demo for The Pale Beyond last year, and I highly recommend giving it a try before its release. It’s much more relaxed than Frostpunk – you can take your time getting to know the crew and talking to them – but it still has the same tough decision-making. Every morning, you’ll have to decide which requests to act on and which to ignore, and each choice you make will affect how the crew views you as a captain. If you’re not careful, you could end up with a mutiny on your hands.

The crew is a bit of a tricky bunch, but it’s enjoyable getting to know them. Their character portraits and dialogue are really well done, and it makes every conversation feel important. You’ll have to find a balance between fulfilling their requests and keeping them fed and warm, so you’ll need to send out hunting sleds and keep the engine running on coal.

I’m eager to see more of The Pale Beyond. Whether you’re looking for a more chilled (sorry) version of Frostpunk or something similar to tide you over until Frostpunk 2 arrives (sorry again), this game is definitely one to watch. February 24th can’t come soon enough!